The Meredith windows can be seen in the centre of the photograph and the present Parish Hall (built in 1922) can be glimpsed at the right.

This photograph shows the Meredith window from inside the church, above the reredos and altar. (90-017/67). The window was in memory of Edwin Meredith, an early settler, who died in 1907 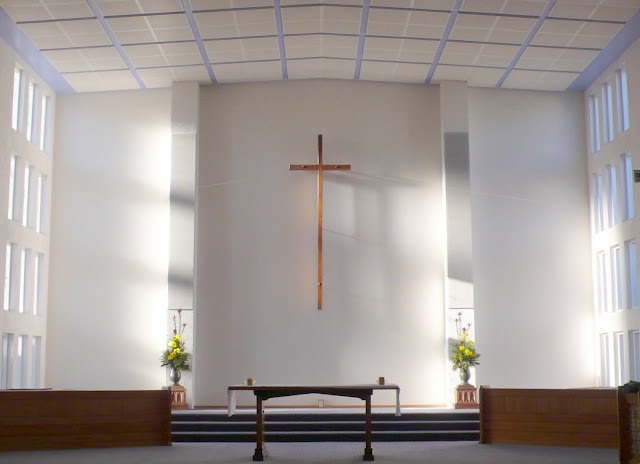 The simple lines of the chancel and sanctuary of the present St Matthew's Church, 2009.

Detail of the Meredith Window in its present location, where it forms a backdrop to the altar in the Chapel of the current St Matthew's Church.

free Joomla templates
Back to top